Every employee at KW Plastics is dedicated to a quality end-to-end product. From management to customer service, we understand that each and every employee is vital to the overall success of our company and recycled plastic products. To KW Plastics, the recycling of plastic is not just a job — it is our passion. Speak with one of our procurement specialists to learn how we can take scrap plastic bales off your hands, or, if your looking to buy quality high-density polyethylene (HDPE), medium-density polyethylene (MDPE), or polypropylene (PP) resins, we’ve got that covered too. Our team cannot wait to work with you! 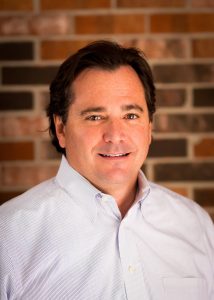 Scott has been an active member in the Association of Plastics Recyclers for more than 15 years and currently serves as Chairman of the Board.

Scott and his wife, Becky, resemble a modern day “Brady Bunch” family with five children ages 19-24. Scott likes to shoot sporting clays and advance his chef skills with new ventures in the kitchen. 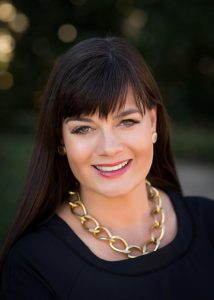 Stephanie is our advocate for recycling and is a champion for the economic advantages and opportunities for plastics recycling.

Professionally, Stephanie has been recognized as an emerging leader in plastics recycling, published her first (and only) white paper on closed loop recycling at the age of 30, and served as Chairman for SERDC 120, an initiative to explore strategic investments and public-private partnerships, which resulted in The Recycling Partnership.

Stephanie holds a BA from Birmingham-Southern College and the esteemed title of “Best Dancer” for Pike Liberal Arts School Class of 1996.

When she’s not traveling, for work, adventure or missions, Stephanie offers her communications and creative skills to her local church, civic and cultural arts interests. Stephanie is the mother to two daughters and balances her active schedule with the support of her husband, Matt. 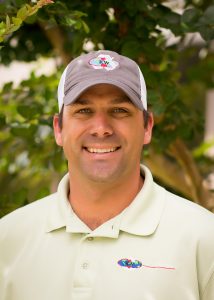 After working in the KWR Sales Department, Christopher realized he thrived better in the plant wearing his work boots rather than behind a desk or in sales meetings.

Christopher manages our fiber reprocessing facility and has participated in the KW Plastics Relay for Life Team, leads the KW Shooting Team as the 2015 Shoot for the Heart Champion, and claims he is the best golfer at KWR.

In addition to guns and golf, Christopher is an avid outdoorsman and founder and organizer of the Fish Camp Classic annual fishing tournament.

Christopher has two boys with a third on the way with his wife, Stephanie. 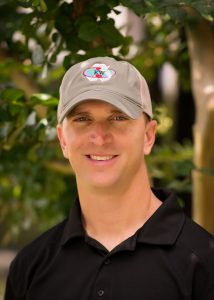 Dax joined KW Recycling five years ago as a Production Supervisor after serving as a State of Alabama Licensed Land Surveyor.

Dax’s leadership skills extend beyond his job into his church and community. He serves as a board member for the City of Troy Board of Adjustments, a deacon for First Baptist Church of Troy, and coach for youth baseball and basketball. In 2016, Dax was voted “The Messenger’s Readers’ Choice Coach of the Year”.

Dax and his wife, Holly, have two daughters and two sons who keep them very active and involved in the community along with spending time at their family farm. 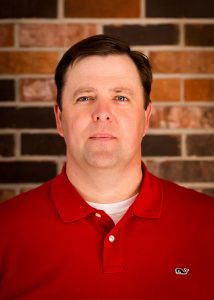 As a former college basketball player and coach, Billy’s success in plastics can be contributed to his ability to scout new sources of feedstock, recruit and develop relationships.

Billy grew up in the Free State of Jones, Mississippi (Laurel) and came to Troy on a basketball scholarship to Troy University.

Billy earned his bachelor’s and master’s degrees in History and pursued a lifelong dream to coach basketball after graduation. He coached basketball for 9 seasons, winning 4 conference championships and earning one trip to the NCAA Tournament, before accepting the Head Basketball Coach position at Northeast Mississippi Community College.

In 2006, KW brought Billy back to Troy as a raw materials buyer.

Billy is married to Richelle and has two sons, Press and Payne, who keep him active hunting, fishing and practicing baseball. 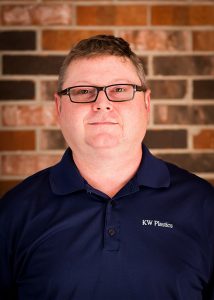 Jason began his career with the KW and Sanders companies in 1998, working in the Human Resources Department at Wiley Sanders Trucklines. In 2000, Jason transferred to KW Plastics as a sales and purchasing rep and in 2010, he made an internal move to the Recycling Division where he manages Polypropylene procurement for the West Coast.

Jason is a competitive Thursday night Trivia player, enjoys the outdoors and enjoys spending time with his teenage son, and soccer star, Toler. 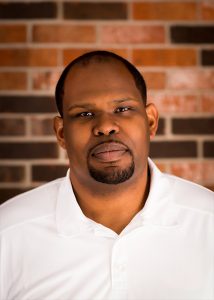 Daron is able to provide superior customer service in our Purchasing Department because he has an in-depth knowledge of the entire recycling process. Daron’s dedication to KWR began July 13, 2000, working on the yard, mainly sweeping trailers. Since then, he has worked in the Shipping Department, the Receiving Department, the Lab, he has run wash lines, operated forklifts, and managed production quality.

Daron credits KW for giving him a purpose and opportunity to build a career. In 2009, after working many night shifts, Daron earned his degree in Computer Science from Troy University. 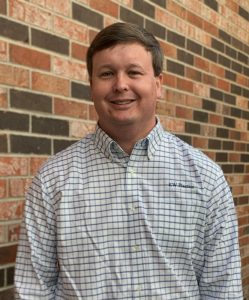 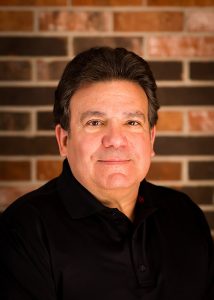 A native of Habana, Cuba, Pedro immigrated to the United States to study chemistry and business at Duke University and the University of Florida (BSBA).

Pedro and his wife of 35 years are southern transplants and happily moved to Montgomery, Alabama, from Chicago. Pedro is a proud father of two daughters and roots for the Fighting Irish of Notre Dame. 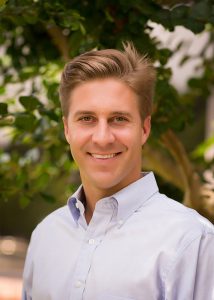 Clint learned the value of hard work from his family farm and the importance of teamwork as collegiate baseball player. His sales experience began early in life, selling boiled peanuts for extra spending money in his teen years.

A graduate of Troy University, Clint started his career at KWR as a fresh Troy University BSBA graduate in the summer of 2007. He worked closely with our polypropylene suppliers, immensely growing sources of feedstock and in 2013 moved to resin sales.

Clint has successfully launched two new post consumer resins to the open market in the last four years and travels frequently to meet with resin customers and visit molding facilities.

Clint and his wife, Cortnee, have 2 daughters, Colin and Catherine. Clint owns a small cattle farm that he declares is more of a hobby than business, and is an active member at First Baptist Church of Troy. 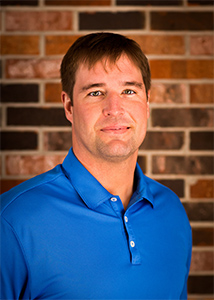 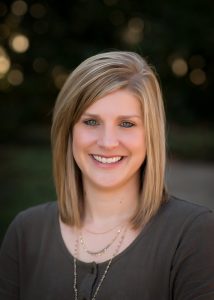 Meagan has been with the KW companies for more than 10 years, beginning as an intern in college and then serving on the Office Management team and Accounting Department before joining the Sales Department in 2010. Meagan’s background in retail and human resources has equipped her to serve our resin customers with a smile and enthusiastic effort.

Meagan earned a Bachelor of Science in Business Administration from Troy University where she met her husband, Jonathon Blair, who is a Process Engineer for KW Container. She and JB have 2 daughters, Ella Cole and Sawyer, and a black and tan miniature dachshund, Annie, who keep them all entertained.

KW Plastics truly is about family for Meagan. Her father is a pilot for the KW Companies and her brother has worked with KW as well. Her family enjoys living in Troy, but can often be found visiting the beach or the lake. 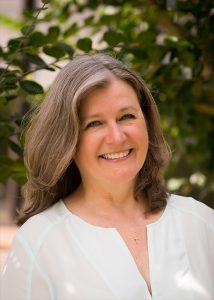 Jane is dedicated to responding to the KW Plastics polypropylene customers with confidence and meticulous care. With an extensive background in financial services and administration as a Financial and Operational Principal for an investment banking firm for more than 25 years, Jane was a welcome addition to the KW team in 2011.

Jane and her husband, Russ, along with their son, Tripp, and daughter, Kelly, all have accounting degrees. We think the association might come from their last name – Cash.

She is a self-trained calligrapher and enjoys craft projects. She and her husband, Russ, have filled their empty nest with furry children, Bebe and Phoebe. 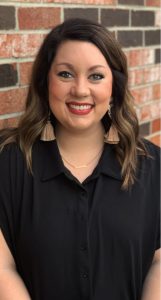 Samantha is a fresh face at KW, but not so new to Troy. Samantha started her Troy journey as a student at Troy University, where she graduated with a Bachelor’s of Science degree in Business Administration with a concentration in Global Business. After graduating, Samantha began her career in Global Business as an Import/Exporter for a world renowned lumber company. After realizing she LOVED the Troy life, she decided to move back and we happily welcomed her as a member of the KW team.

Before, during and after her college years she learned the how to’s of customer service in the retail business, where she is now an 11+ year veteran.

Samantha has a very close knit family, with several members, including her youngest brother, who are members of the Armed Forces. So in her spare time, she loves to squeeze in as much time as she possibly can with those loved ones closest to her. But her favorite of the bunch is probably her 4 legged fur-baby named Jase. 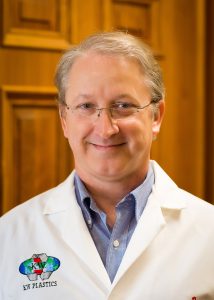 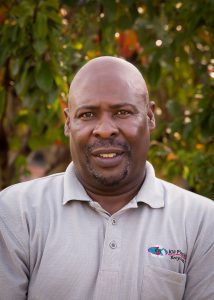 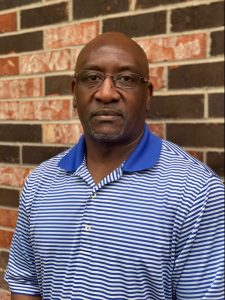 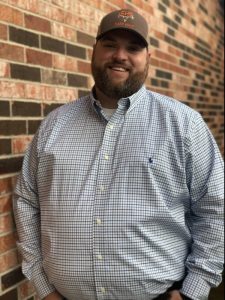